I started learning C# a few years back. Then I stopped working with it mainly because I was upset that Youtube had cut support for older browsers. When creating an app you can insert a browser. That browser was an older version of internet explorer. So I had created a Prince Fan App and a Rhett Akins fan app where I had a browser in the apps. When Youtube cut support that wrecked my plans.

I got frustrated with app development with the argument that what I learn in C# today won't be the same 5 or 10 years from now. For example, my HP computer has Windows 10. Microsoft recently released Windows 11. This is the type of change that I was talking about.

I am reading a book on building apps for the MAC. The IDE is Xcode and the Programming language is Swift. Swift seems to be a lot more complicated than C#. Another thing is a MacBook Pro is a lot more expensive than an HP computer. The current HP I have was under $450. I have to keep this in mind.

Since 2004 I have spent a lot of time drawing and writing books. I have watched my niece Victoria, and nephew Tyrese grow up. Victoria is in her 30s now and Tyrese is in his early 20s. I have not been able to support myself by doing art and writing.

I have a BS and MS in computers science. My goal should be to get back into the computer field. Despite having a criminal record. Basically, I have to work for myself

Sure to be a best-selling author or screenwriter is cool but how many people make it in that field and then continue to work in that field.

I'm 51 years old. It's time for me to grow up and work at something that is viable. I have to focus on working for myself and designing apps. 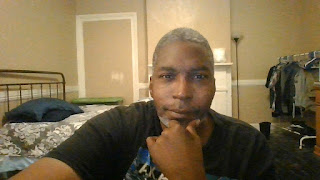 My friend, Jon, asked me to do an app for him.  He calls it C System X.  He adapted the name from The X-Men and their leader Charles Xavier or Professor X as he sometimes called.  Do this app has motivated me to start back doing App design work. Another motivator is last year I signed up for the subscription for Visual Studio 2019.  It's $45 a month and I don't want to waste it. I was discouraged from doing App development because I have gotten into trouble in the past and with that record there are jobs that I may not be able to get.  I have dealt with mental health since 1999.  I've tried since 2004 to get back on track with the majority of my time doing art and writing and sometimes app development.  I have a BS and MS degree in Computer Science.  It would make more since for me to do computer work. Another thing this pandemic has show that scientists, doctors, nurses and other medical staff are badly needed.  Some jobs that may have be looked down upon are considered e
Read more 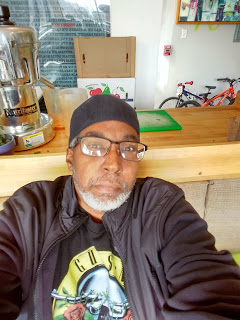 December 15, 2020
C#'s webbrowser control is  an old version of Internet Explorer that you can drop into your app.    You use it to put a webrowser in your C# app.  Youtube had posted messages that it will no longer support older browsers so finally they cut support.  So a lot of my C# apps could no longer play Youtube videos there is only a black or white screen showing.  I updated the Prince Fan 2 app and the Rhett Akins Fan 2 app.   This has taught me an important lesson that you can't use other company's technology or depend on it because one day they may cut support.  I had done a Prince Fan app and it was really cool to see Prince's videos play in my app.  It wasn't my technology and I should not have depended on it to attract users to my app.
Read more